All Episodes
Archives
Now displaying: Page 1
Episode 63: Get Involved In Every Aspect of a Client’s Business, with John Fricks. 0

A leader of such national accounts as Home Shopping Network, The Disney Channel, CitiFinancial, and Papa John’s Pizza as the founder and sole principal of $110 million Atlanta-based Fricks/Firestone agency, John Fricks is focused on the same kind of growth at AntonWest. In the seven year transition from Fricks/Firestone in Atlanta to AntonWest in Jacksonville, he consulted with CEOs of major corporations and agency owners all over the country.

John Fricks believes the key to problem solving is listening to clients describe their challenges so the agency can creatively advance a solution through its full arsenal of resources digital, broadcast, print, and public relations. He will tell you that the proximity to navigable water was not part of the lure to Jacksonville, but you are sure to find him relaxing by a dock when not behind his desk. 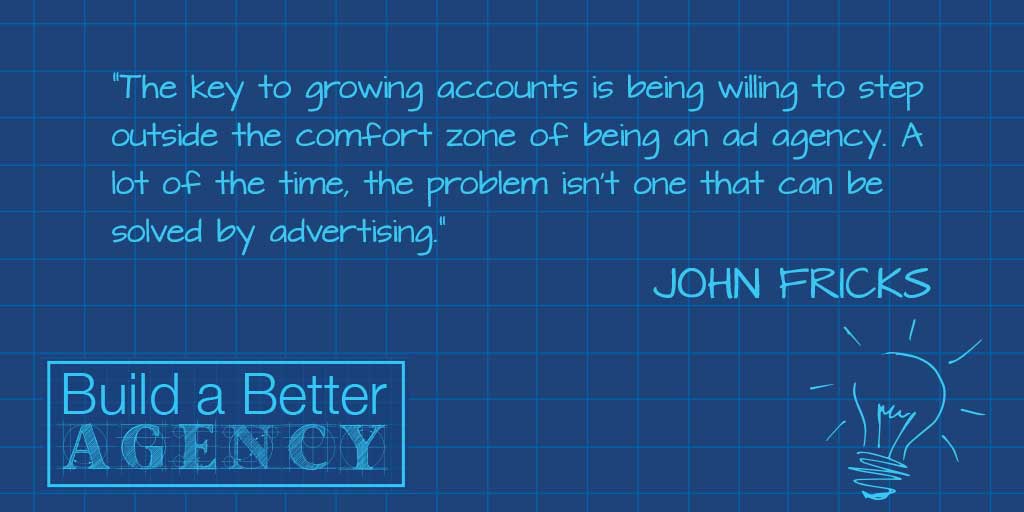