On this episode, we delve into the unconscious mind and the concept of “limiting beliefs.” It’s the idea that our unconscious mind can hold us back without us even realizing it. So, how do we stop something we’re not even conscious of? The good news is that it is possible, and while it does take hard work, the steps themselves are pretty simple.

My guest on episode #168 is Karen Brown, author of Unlimiting Your Beliefs. Karen is a mentor and coach who works with people to uncover what might be impeding their progress in work and life. Often, our unconscious thoughts and actions are the source of this impediment.

One of the most interesting turns in the conversation for me was when Karen talked about her experience preparing to be an Ironman Triathlete. Her limiting belief had told her for 28 years that she shouldn’t even be thinking about this. She was not a good swimmer. That was a big hurdle. It was limiting. So, she unlimited her belief, telling herself out loud, “I am a good swimmer.” I asked if she suddenly became a good swimmer. As you might imagine, it took more than that. But giving herself that unlimiting belief propelled her to action. She got a swimming coach. She practiced. And soon enough, she was a good swimmer.

Our conversation is a fascinating look at the unconscious (or subconscious) mind and how it works. Listen to learn more about how to uncover the unconscious limits we put on ourselves and what to do to break that pattern.

Karen Brown is CEO of Velocity Leadership Consulting, a Denver-based business psychology executive and coaching company. With more than 20,000 business coaching hours under her belt, she founded Velocity Leadership Consulting in 2012, after finding her own divine potential while training for and finishing the Ironman World Championships in Kona, Hawaii. 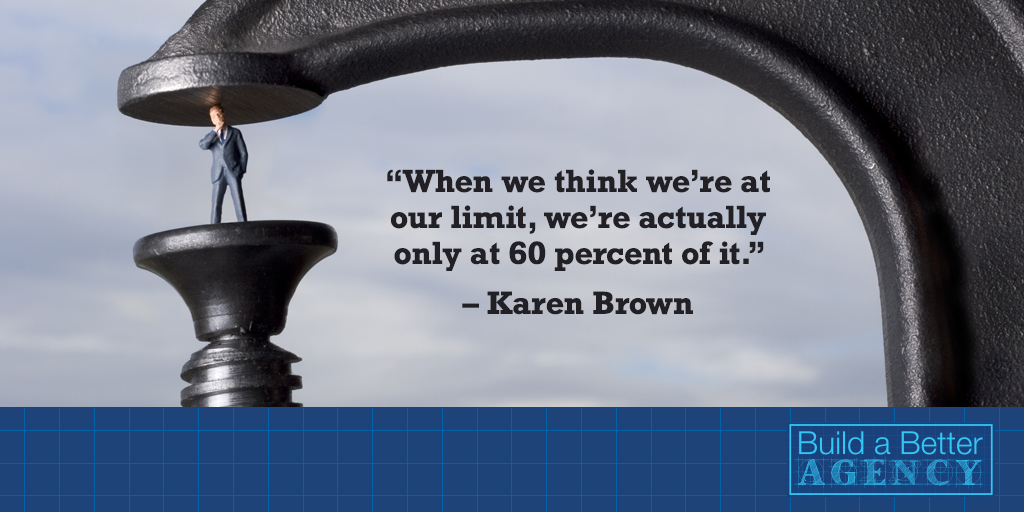